My grandfather battled his own demands. He abused alcohol into middle age had a spiritual experience and was able to maintain total abstinence from alcohol for 20 years. Later in life, depression and an addiction to Valium was his undoing. As he battled to detox from Valium, depression claimed his life. Like so many that go without medical help for addiction and depression, he commit suicide in the family dining room. Was his suicide a selfish act by a recovering drug addict or was it a cry for help from someone suffering with depression? Could a doctor have cured him from both addiction and depression?

The reality is, there is no simple cure for depression or for addiction. The best we have is treatment that can be lifesaving for many – but sadly, not for all. Addiction and depression are a dangerous combination. Addiction and depression are tough enough to deal with alone. Together their negative effects multiply. For example, those with depression have about a 10 percent lifetime suicide risk; those with a substance use disorder have about the same. When combined, the suicide risk skyrockets to about 1 in 4.

Depression also acts as a relapse trigger. In fact, studies have found that it’s the single

biggest predictor of alcohol relapse. Drugs and alcohol also appear to interfere with the effectiveness of depression treatment. In short, addiction and depression are a common combination and a dangerous one. But the good news is that treatment that works on both issues can lead to good outcomes. Treatment that focuses on one without also dealing with the other, however, is a virtual guarantee of relapse.

The reality is treatment rarely lasts long enough. One of the biggest failings of modern treatment for depression and addiction is that people aren’t educated about the need for ongoing treatment. Instead, there is a mythology that we will take a few weeks of antidepressant pills or go to rehab for 30 days and come home cured. It doesn’t work that way.

The reality is that after an initial treatment period, only about 1 out of 3 people with depression is in remission, 1 out of 3 people is improved but not in remission, and 1 out of 3 is no better than when they started. The greatest success is seen when therapy and medication are combined in long-term treatment. For those with recurrent depression who don’t receive ongoing care, the likelihood of relapse within two years is close to 100 percent.

With substance use disorders, treatment should be delivered and success measured over the long-term. A substantial group will maintain continuous abstinence but a larger group will be able only to change their behaviors in ways that significantly reduce the impact of drugs and alcohol on their lives. This may mean sobriety comes in spurts, but each period should be counted as a victory. It may not be the best outcome, but it does mean a life changed for the better.

Long-term treatment also has enormous protective power for those whose substance use disorder comes with chronic suicidal thoughts; it’s been shown to be the single most effective way to reduce that risk. 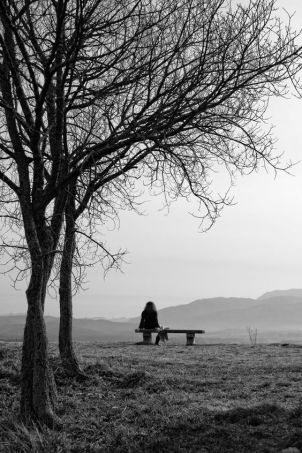 There is no magic formula for treating depression or addiction, but treatments are growing and improving along with our understanding of the illnesses and are far superior to the options available just 20 years ago. In addition to more and better antidepressants, we now have techniques such as trans-cranial magnetic stimulation (TMS), a type of noninvasive brain stimulation that often succeeds when traditional depression treatments fail. And medications are in the pipeline that are expected to tap new neural pathways to depression relief. There’s even hope that we may eventually be able to harness the power of genetics to switch off addiction cravings.

What you have to understand is depression isn’t a weakness. Depression is a brain disorder that is most likely caused by a combination of genetic, biological, environmental and psychological factors. It is not something you snap out of any more than you snap out of cancer. It’s not a refusal to be grateful for all of the blessings of life. It’s not a character flaw. And it’s not something that wealth, fame, international acclaim or even respect and love can protect you against.

With each bout of depression, the sufferer may feel a type of emotional blunting or, worse, find his mind crowded with all the old bad feelings – hopelessness, anxiety, preoccupation, dread, fear, self-loathing – often leading to sleep and appetite issues and spurring a turn to alcohol or other drugs for relief. Treatment, therapy and medication for depression can help most and save many.  But sometimes, despite mighty efforts, there is no Hollywood ending.

This is my journey… this is my life.