I’ve always questioned the motives behind a person who after decades wants to tell the world about some sexual wrong done to them by someone famous or dead. The dead can’t defend themselves, and the famous usually are Teflon coated, so nothing sticks. Such doubt and speculation are cast on the “victim.” What financial gain is the person expecting? What 5 minutes of fame is worth the public crucifixion they will face? Anyone remember Monica Lewinski and her blue dress? The woman also had a line of upscale purses she tried to market, but no one seems to want to walk around with a Lewinski on their shoulder. The court of public opinion is vicious and unforgiving.

Watching as Bill Cosby and Harvey Weinstein were exposed as serial rapists on the evening news feelings came rushing back to me. Feelings I thought I’d buried long ago. Seeing the victims, arms linked unitedly to tell their stories and a nation united in support made me relive my childhood experiences over and over, each time I saw the men’s faces. On the one hand, I was living vicariously through the women who bravely recalled the events of assault, rape, threats, and humiliation. On the other, I was angry my story was unheard, and my rapists escaped justice as publicly as Cosby and Weinstein. In truth, they never will because I chose to let them roam free to rape again. I intended to die with a very dark secret and carry it to the grave. When I got sober, I realized I had to face some dark and scary places for the first time if I was ever going to be free of the past. It wasn’t until I became a substance abuse counselor with a client who described his life as a survivor of childhood rape did I realize I was not alone. Unknowingly, a person who came to me for help with addiction was helping me in return.

I urge you to stop reading this if you are offended by details of a sexual nature. This is my story, and I will tell it as it happened. The only reason I am providing this information is so the other 15.8 million American men alive today who have carried the weight of acts perpetrated upon them by adults will realize they are not alone. There is help and hope for all of us.

As I’ve said this is what happened in my life… every bump… scrape and bruise you are about to read are mine. I will assure you it was horrible. I can’t relate to terms such as, fondled, inappropriately touched, sexually suggestive behavior, violated, assaulted or molested. I was raped. In every sense of the word by two seasoned pedophiles, NOT two gay men, but two sadistic pedophiles who destroyed my life. My story follows the standard guidelines pedophiles use to lure children into their grasps…. friendship, trust, seduction, control, threats, and blackmail. Pedophiles hone these skills as sharply as a Beverly Hills plastic surgeon’s scalpel. Removed are a child’s innocence, trust, self-worth, esteem, sense of identity and security. This seems like a lot of work just to get laid, doesn’t it? It is. What must be understood is sex is not the reason pedophiles rape children…. the sexual gratification comes from taking complete power and control away from a child. Sex is nothing more than an act. So, if you’re 1 of the 15.8 million other American men who has lived it, keep reading.

This is my story…

I was around 10 years old when two old men bought the house next to ours in Avondale, a historic neighborhood in Jacksonville, Florida. I remember watching movers carrying boxes into the home owned initially by the Cummer family, (Cummer Museum & Gardens). As a kid, the house fascinated me because years prior, barges carried the massive structure in sections down the St. Johns River from it’s original location to where it stands today. I was dying to go inside just to see how it was reconnected once it hit my neighborhood. Unfortunately… I got my chance.

Once the movers left, I was lured by the men to climb a ladder and check for leaves in the home’s gutters. I was offered $100 for the job, and I jumped at the opportunity. Please realize the times and the cash. A 10-year-old in the mid-1970s being offered $100 to do anything wasn’t a possibility in my world. Now, I realize it was bait. Within one hour, I was raped by two old men and a single Polaroid photograph taken which sealed my fate.

For the next four years, those men blackmailed me with the Polaroid, threatening to show it to my friends, teachers, parents, neighbors, TV stations… even my grandparents. In those days, my parents taught evening courses at a community college four nights a week and never returned home until 10:30 pm. I was a latchkey kid… which made it easy for the rapists to merely pick up the phone and order me to come to them, so I did. I was more fearful and ashamed of the Polaroid than I was of rape. Over the course of 100s of rapes, I was able to disassociate my mind from what was happening to my body. I lived in fear of a ringing telephone. 40 years have passed, and still, I must force myself to answer phones due to flashbacks. I have lived without a house phone for years. This is why.

What saved me from those two men was nothing I did, or anyone did for me…. it was just 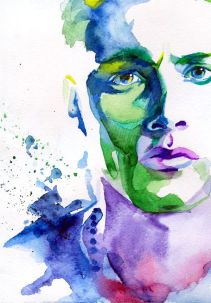 time. I had grown out of the prepubescent child they craved and into a teenager. In other words… they didn’t want me! My freedom came in a single phone call one evening, and I remember it like it happened this morning. One of the men said, “Hey, don’t ever come here again… with all this Anita Bryant shit going on we don’t want you here. I burned the Polaroid, so there is no evidence you’ve ever been in our house.” Then he hung up. As unceremoniously at that. There was no closure or sense of validation… no apologies or therapy or punishment or restitution. There was nothing. Pubic hair saved me. I wasn’t good enough to rape any longer. Damn! How was I supposed to process any of it? I had Stockholm syndrome and felt I’d done something wrong to the two rapists who ruined my life. I remember hanging up the phone in shock and disbelief the photo was destroyed. For decades, I was unable to open mail in fear the Polaroid was in it. Even today, Keith opens the mail at our place, or it would sit in the box until we move. This is an area I’m still trying to overcome.

Within months of the phone call, the two monsters moved leaving the carnage of what they’d done to me in the past. It was my responsibility to hide the memories of four years and try to forget any of it happened. I did a miserable job with that task. I had no coping skills or anyone to help me with any of the trauma. It also laid the groundwork for a lifetime of alcoholism, drug addiction, disastrous marriages, self-destruction, fear, guilt, shame and an inability to trust or develop healthy relationships with anyone. For the sake of power and control, two very twisted souls destroyed mine… and quietly moved on to the next victim. I have no idea what happened to those men, who they raped after me or where they went. I don’t need or want to know. I do know the universe always takes care of itself if we get out of the way. I choose to believe it kicked the living shit out of those two turds! I have peace with that. 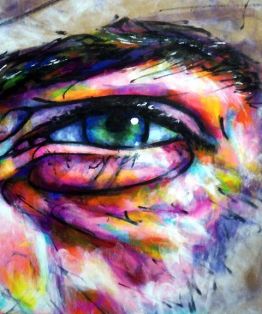 I want it understood I am not looking for revenge or compensation or a few moments of shock value reactions. Nothing can be done to erase the past or the events in it. I don’t live there anymore. If anything, I would like them to answer a single question. Why me? I wasn’t athletic or good looking or anything more than forgettable. Why did you decide I wasn’t worth having a childhood? Why didn’t you just kill me instead of forcing me to live with the scars and memories? Was that your final act of control knowing I would destroy what remained of me for the rest of my life?

Well, it didn’t work. I sought help, and you did not destroy me!

To anyone who has been victimized by rape and assault, there is help for you, too. RAINN (Rape, Abuse & Incest National Network) is the nation’s largest anti-sexual violence organization. RAINN created and operates the National Sexual Assault Hotline (800.656.HOPE, online.rainn.org y rainn.org) in partnership with more than 1,000 local sexual assault service providers across the country and operates the DoD Safe Helpline for the Department of Defense. RAINN also carries out programs to prevent sexual violence, help survivors, and ensure that perpetrators are brought to justice. I made the call, and it changed my life.

I have no words of wisdom or comfort to anyone who has survived childhood sexual abuse other than it was not your fault. Do as I did and call RAINN… it’s free.

To those two men who shattered my life so long again… Fuck You!

This is my journey… this is my life

2 thoughts on “The boy and the Polaroid picture….”